During a first meeting in your kitchen we will develop together a menu suitable for all your guests. This first visit will allow me to discover your kitchen and its equipment in order to prepare your meal in the best conditions when the day comes.

The day of the service, I came a few hours before with all the products and the equipment necessary to developing your meal.

Meanwhile, get ready to receive your guests. Without worrying about cleaning your kitchen, take full advantage of the meal because your chef takes care of everything.

The chef invites himself into your kitchen

The chef invites himself into your kitchen to introduce you to a refined and meaningful cuisine. Concerned about the environment, he favors seasonal products as well as local suppliers.

So the art of cooking far exceeds the pleasure of eating.

The five senses combine to bring this subtle touch that your hosts will know how to grasp.

Passionate since the age of 16, Reynald Thivet heads into the kitchen. It is through communication and work that he climbed the ladder.

In the most respectful establishments, relay castles passing by Parisian palaces like the Royal Monceau, in Cannes the Carlton hotel.

It was in 2000 that he took up the post of Head Chef. At the Sofitel Mediterranee hotel, he has continued to develop this establishment with a gourmet restaurant, after a change of name, he becomes Radisson blu.

In 2008 he developed the 360º restaurant there and also at the Thermes Marins de Cannes the OBento concept, well-being cuisine with a philosophy 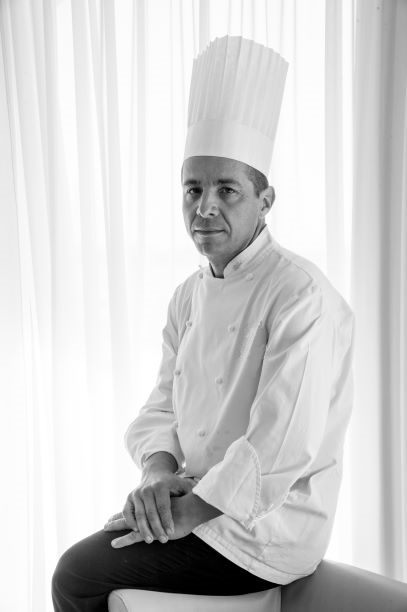 Offer your guests a prestigious dinner!
A skillfully prepared and orchestrated meal for you and your guests 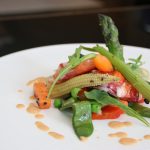 All our suppliers are selected from among the most passionate, the most respectful of the earth, the most in love with taste

Share my passion, sublimate the products of the earth, have fun by preparing a delicious meal, a delicious pastry, a new flavor in a moment of conviviality between discovery and tasting.

Our customers talk about it

Thanks from Jacques Chirac, President of the French Republic

Jacques Chirac
Super perfect, for a birthday meal, delicious dish, perfect harmony, thanks to Reynald for his professionalism, his humor, his smile. Thanks to him from start to finish. Bravo bravo ++++

Danièle
Original and tasty cuisine. : open ravioli with cuttlefish ink, fricassee of squid with olives and tomatoes, cod back studded with chorizo, Broccoli mousseline ... A treat